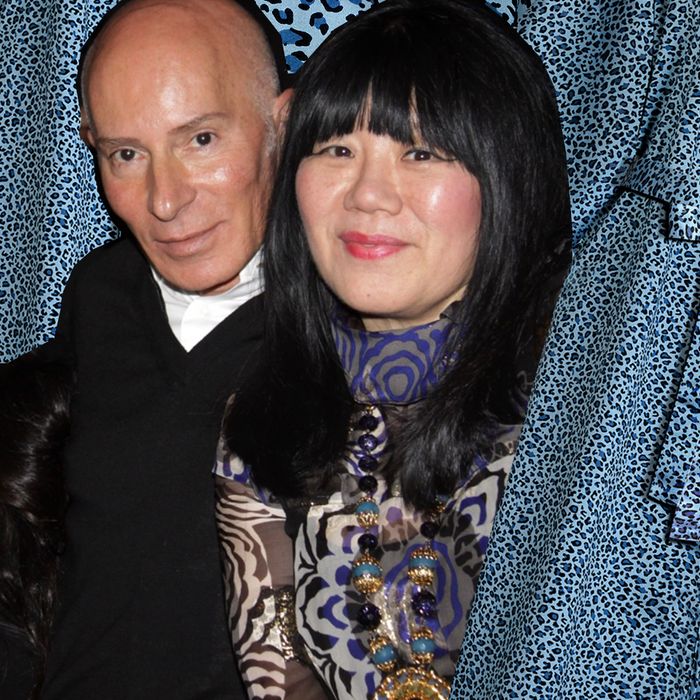 Approaching four decades of working together, fashion designer Anna Sui and R+Co co-founder Garren often set the tone for where hair and fashion are going. Having met in the ’80s through photographer Steven Meisel on a shoot for Italian Vogue, the twosome fell in friendship love—two creatives who had a mind-meld that couldn’t be broken. At the time, Sui worked as a wardrobe stylist, but her aesthetic was clear: “Anna was really into pattern on pattern on pattern on pattern, and I was just watching her, how she was absorbing everything,” says Garren. “And, then there was a moment when Steven said to her, ‘You need to start designing.’” Naturally, Garren became part of the team to perfect Sui’s first fashion show, which starred all of the supermodels of the time—think: Linda Evangelista and Naomi Campbell. And the duo still collaborates today, the latest project being Sui’s exclusive ocelot-print robe for R+Co BLEU. Here, the two chat about the robe’s history as well as the thought that went into creating it.

Garren: Anna has always been very helpful, especially when I had a space at the department store Henri Bendel. I wanted a robe and I kept saying, “What do we do? People are all different sizes. What about an animal print?" … My mother had told me, “You know, everybody kind of looks safe in a print.” And Anna says, "Great idea." She collected all these animal prints; we threw on zebra, ocelot, leopard, and snakeskin. We decided on the ocelot because it was a smaller print. Anna was so thoughtful: She had different finishes and I remember her saying, "You know, let's get it kind of chintzy because then when you wash it, it's going to have more volume and more body to it.” She thought of everything.

Anna: Yeah. So it doesn't turn into a dishrag after all.

Garren: Yeah. We didn't want it clinging to their breasts or anything like that. And she designed it like a kimono and the brilliance of it is that the clients themselves decided how to wear it—backwards or forwards. …As we created BLEU for R+Co, I was thinking, "What is part of me? What is my signature?” And then I remember [Luxury Brand Partner’s] Elizabeth Maul saying, "Well, you know, your robe is kind of your signature." And I immediately reached out to Anna: "Can we do it?" The robes we collaborated on in the past had become “Garren robes”; we sold them in the salon and people would order them online; I thought that would be great for BLEU. So Anna picked out the color and the fabric for our R+Co BLEU robe. It’s so beautiful—nice and thick—and I think it's brilliant because it's just so rich looking.

Anna: Yeah. I mean—it's like denim. Anyone can wear denim. So it's kind of like a version of denim but in the ocelot pattern.

Garren: When you put it in sunlight it has such a sheen to it. It's so beautiful. It's got purple, blue and black in it. It's just gorgeous.

Anna: I always think about what Garren is drawn to; he evokes the best of everything. So I pulled together several selections of blue for him but always keeping in mind that I thought he was going to like more this denim-y blue as well as the quality of the fabric. This fabric is actually from the same resource that we used from the very beginning [at Henri Bendel]. It's my same printer, my same person that has always provided the fabric we’ve used for his robes. All those robes were so durable and they still looked good wash after was after wash. So we stuck with a good, high-quality product for R+Co BLEU.

Garren: Anna and I are really, really truly friends. And she's there for me and I'm there for her—we can bounce ideas off of one another. It's really like she knows that she can trust me and I can trust her—in everything, including this project. 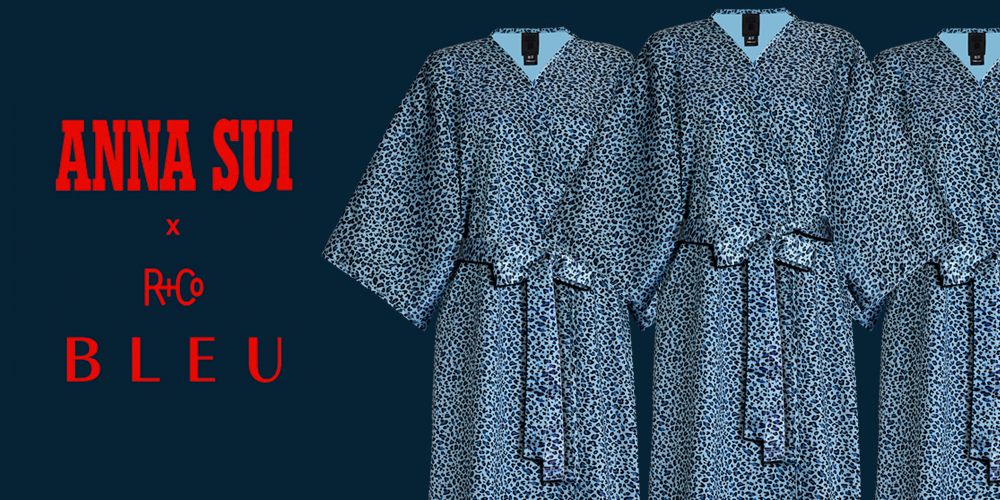 Listen to Garren + Anna Sui’s full conversation on R+Co Talk Radio as the two chat about their history.

Sign up for our newsletter for the latest news, offers and style tips delivered to your inbox.

By submitting this form, you agree to receive recurring automated promotional and personalized marketing text messages (e.g. cart reminders) from R+Co at the cell number used when signing up. Consent is not a condition of any purchase. Reply HELP for help and STOP to cancel. Msg frequency varies. Msg & data rates may apply. View Terms & Privacy.

You have no items in your cart.